No one knew why they came, nor when, but the fact they were here was a given … it could be felt by one and all.

Something strange is happening in Atomic City. Missing persons, unusual lights in the sky, supernatural sightings and unsolved mysteries litter the streets of this shining city by day yet seedy underworld by night. In no other place is the yin and yang of good and evil so concentrated as it is in Atomic City.

The city is fractured, divided up by different factions, each with their own self-serving agenda and each driven by unseen forces that would be best left to myth, nightmare or urban legend.  Modern law and order never held sway in this off kilter city.  Here reigns the pungent maw of merciless, supernatural dictatorships, each vying for superiority over the other leaving humans caught between the convergence of power.  Were these humans now nothing more than sport for the more highly evolved…or worse? 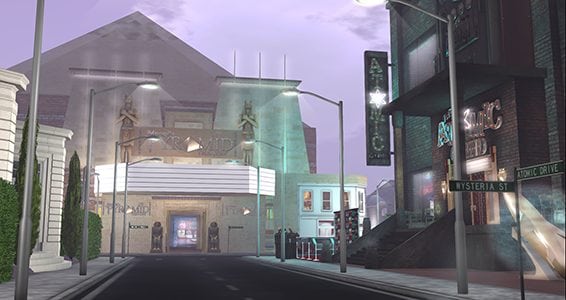 Can you survive the malice of unseen hands locked in cosmic combat with YOU stuck somewhere in the middle? Will you discover the truths behind the unknown power that rules the land? The answers to every question you could possibly have are here, trapped within the cracks, floating on the breeze and hidden deep within the bowels of this unsettling place.

Will you unravel its mysteries? Will you bring peace and heal the land? Will you survive your fate, here in Atomic City? Or…are you yourself a highly evolved force with which to be reckoned, destined to conquer and lead your own faction?

Are you brave enough to find out?

We use cookies to ensure that we give you the best experience on our website. If you continue to use this site we will assume that you are happy with it.Accept